How can I use light linking with Yeti nodes? Print

As each rendering extension handles exporting Yeti information to the rendering engine differently we recommend using Light Centric light linking to the shader associated with the Yeti node.

In this example image you can see that we've created a new Lambert shader which created the lambert2SG shading group (which is actually a set), then the VRayLightDome1 was unlinked from this shading group.  In the render any objects (in this case the second sphere) aren't receiving any direct illumination (only indirect bounce) from the unlinked light. 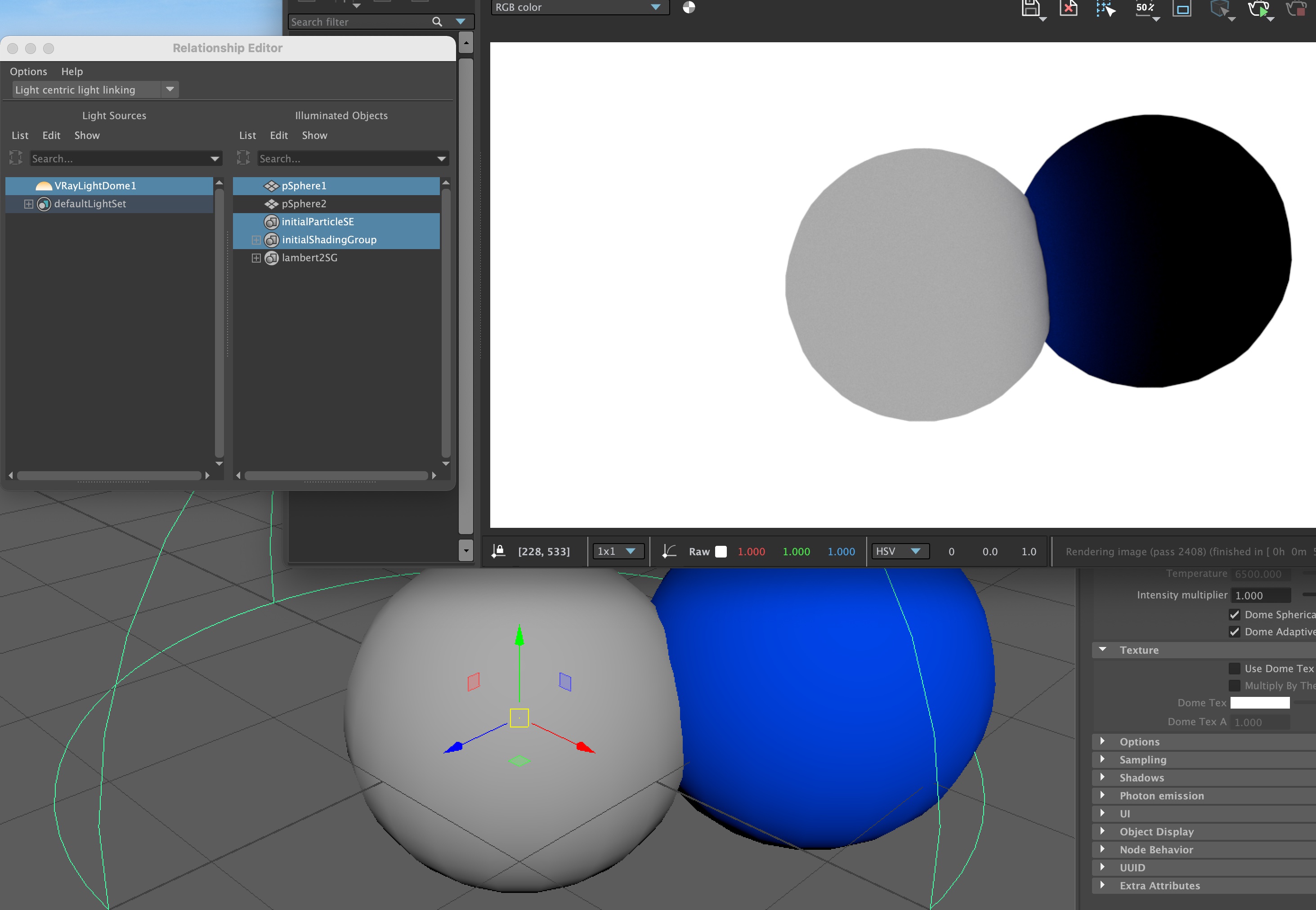